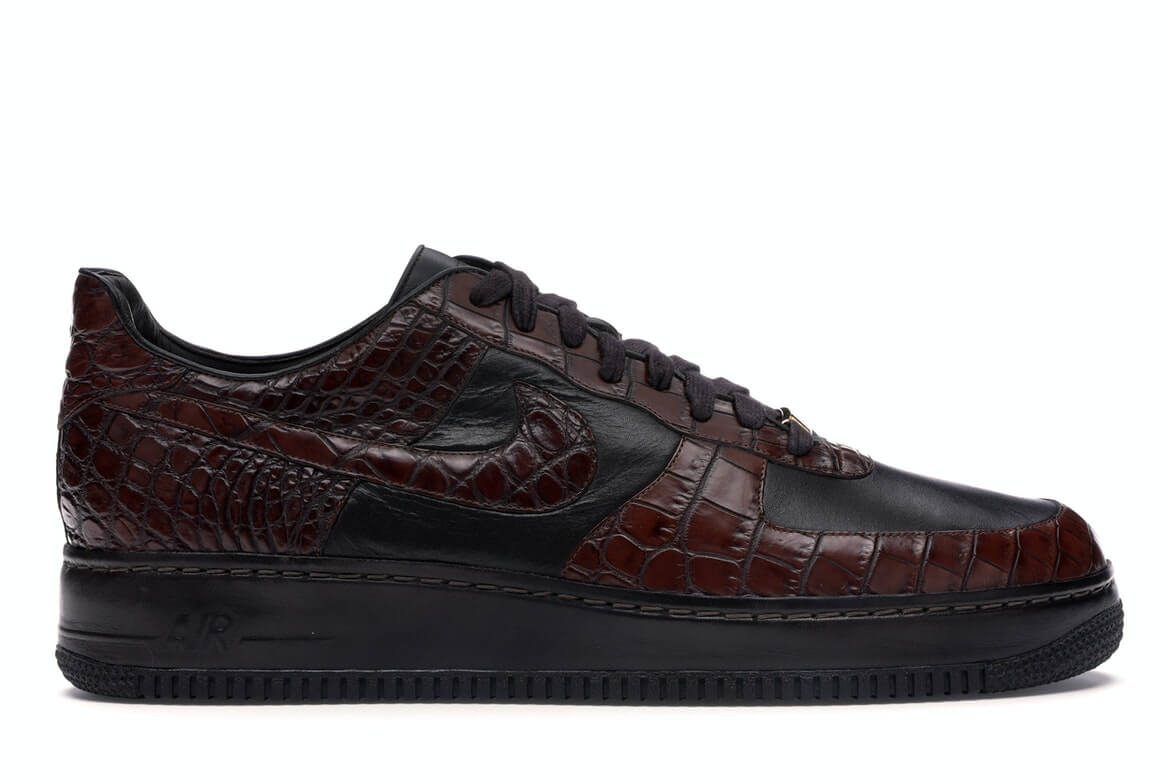 The only modification done in the 2007 models is the reshaping of the lace dubrae. The lace dubrae can be found at the lowest section of the lace loops, it’s the shiny metallic piece that adds detail to the shoe. They used to be circular in shape, but in 2007, Nike decided to make them rectangular instead. The difference wasn’t major, but it was still worth taking note of.

Did you know that the Swoosh brand released two of the most expensive Nike sneakers to ever hit retail as part of the celebration?

Crafted in Italy and featuring real crocodile skin, the Nike Air Force 1 Low ‘07 Crocodile Lux 25th Anniversary (315583-221) is one of the two Nike AF1 models that hit retailers for a whopping $2000 price tag. It was undeniably one of the most luxurious pairs ever, it arrived with various accessories in a premium silver packaging.

It was released last January 2007 alongside its Anaconda counterpart, also with the same price tag and the premium box.

It’s still worth over a thousand dollars on StockX, but its crazy retail price baffled a lot of people back then.

In 1982, a sneaker legend saw the light of day. Nike first introduced a basketball shoe that contained an air bubble in the midsole that made running on the backboard a walk...

How to lace the Nike Air Force 1?

We all know how stylish the Nike Air Force 1 can get. But we can add more style to this classic silhouette by adding unique lacing setups that instantly wows anyone w...

This article belongs to a series of articles about the OG colorways of the legendary streetwear sneaker Air Jordan. The first, the pioneer, the legend. The Air Jordan 1 is Mic...

Do you want to buy a fresh pair of new Air Jordan 1 or Air Jordan 1 Retro sneakers? But you are not sure about your size? Our size chart will definitely help you. You can find ...

Classic yet controversial, these are the Nike Air Max 1 Quick Strike 4th of July sneakers. A model whose colorway is reminiscent of the OG version of the ...

How does the Air Jordan 1 Fit?

Whether it was a pair of the Highs, Mids, and Lows, new sneakerheads and hypebeasts will always come up with one question: How do Air Jordan 1s fit? It’s often a questi...